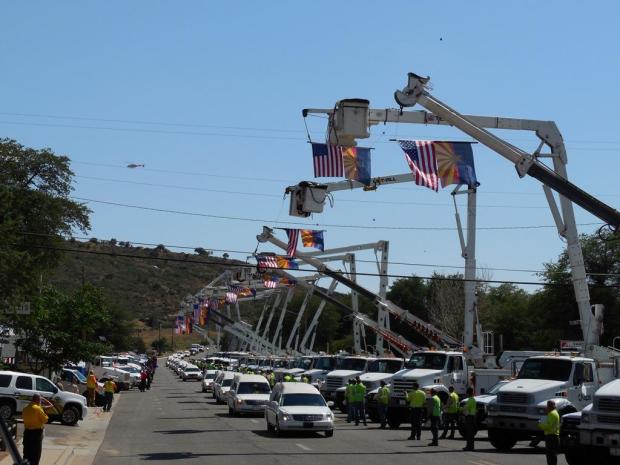 I wanted to post a bit about the Yarnell Hill Fire…

I talk a lot in martial arts and in this blog about confidence – and how confident people are more successful, happier and have better results in their life. There is also the group of heroes to take a moment to think about who’s life personally didn’t end the way they or their families would have liked but for the world, their confidence saved people…

Founded in 1995 by Dr. Greg Moody a 7th degree Black Belt and Sr. Master Instructor, KarateBuilt Martial Arts and Karate lessons for pre-school children ages 3-6 and elementary age kids ages 7 and up are designed to develop the critical building blocks kids need – specialized for their age group – for school excellence and later success in life.

About Dr. Greg Moody:  Greg is a seventh degree black belt and senior master instructor.  He has a Ph.D. in Special Education from Arizona State University (along with a Master’s Degree in Counseling and a Bachelor’s Degree in Engineering – he actually is a rocket scientist). He has been teaching martial arts for over 28 years and has owned eight martial arts schools in Arizona and California. Sr. Master Moody is a motivational speaker and educator and teaches seminars in bullying, business, and martial arts training, around the world.

Please leave us a Review and Testimonial and tell us how well you enjoy our programs. Our goal is to serve our students with the highest quality training and facilities in Cave Creek & Chandler AZ, Memphis TN and Grand Rapids MI. Thank you for giving us the opportunity to serve you and your family. Please LEAVE A Review