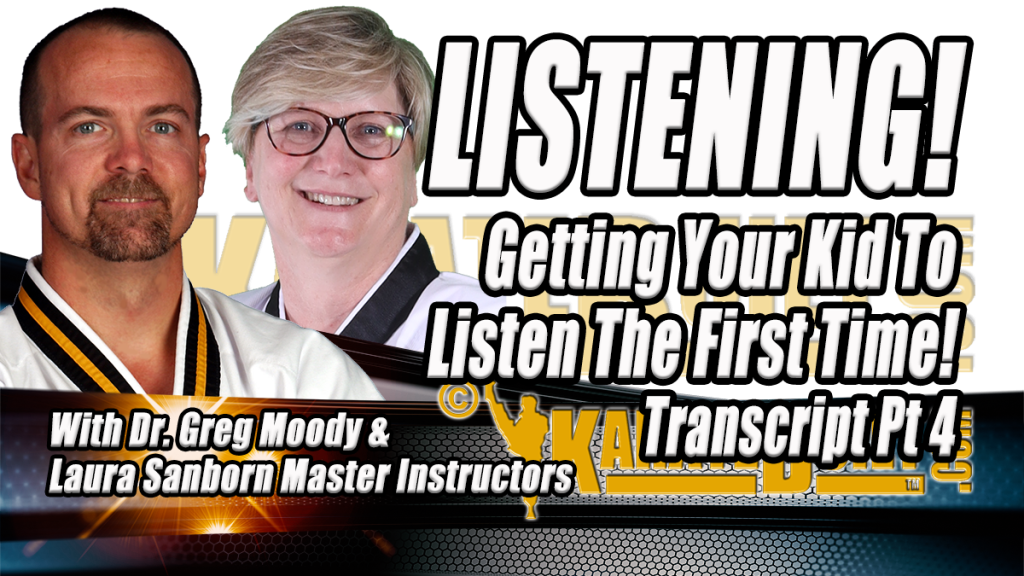 Transcript of How to get your kid to listen… The FIRST Time!

At KarateBuilt Martial Arts, a lot of the skills and training is for many skills – but the one parents really want, after digging in to day to day “being a parent” is…

Below is the transcript of the podcast Sr. Master Sanborn and I did on this – it’s Part 4: